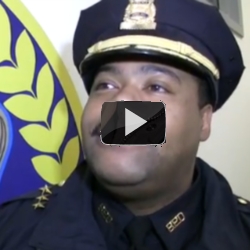 Is it possible to fight Anonymous?

The movement is proud of saying that an idea can’t be arrested or killed, but it seems like the Boston Police Department has thought of one way of fighting back: sarcasm.

A week ago, the BPDNews.com website which provides news about the Boston police and crime in the area was hacked by Anonymous. The hackers replaced the home page of the site with a message and a video of American rapper KRS-One performing his song “Sound of Da Police”. After almost a week of downtime, Boston Police have managed to bring their website back up – and have proven they have got a sense of humour by making a video about the hack.

With straight faces, police officers explain how they were in Dunkin’ Donuts when they first heard about the hack, and how they are struggling to make sense of a world without access to BPDNews.com:

As one officer explains, “My reaction was, ‘Why would anybody want to destroy a perfectly good KRS-One song?'”

35 comments on “VIDEO: Boston Police hits back at Anonymous with sarcasm”