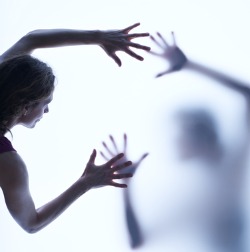 Last summer, Julian Assange was quoted in an unauthorised autobiography saying, “I am – like all hackers – a little bit autistic”.

He coined the term “Hackers Disease” meaning a “bottomless curiosity, single-mindedness, and an obsession with precision” and notes its similarities with autistic spectrum disorders.

And a recent news broadcast from Channel 4 also raised the issue, asking whether autism be a defence for hacking?

While Assange made a sweeping generalisation about a sensitive issue, there are nevertheless UK examples of indicted hackers having autism, particularly Asperger syndrome. Gary McKinnon and Ryan Cleary have also been reported to have this condition.

The National Autistic Society (NAS) defines autism as a spectrum condition with common characteristics including difficulty with social communication, interaction and imagination. It impacts each person differently and other conditions can exacerbate effects. The NAS states that those on the spectrum with high-functioning autism, and Asperger syndrome, will have above average intelligence and an obsessive interest in a hobby as a common trait.

Hacker Gary McKinnon, wanting to prove the existence of UFOs, hacked into NASA and Pentagon databases and allegedly caused $700,000 of damage.

According to Wikipedia, Gary McKinnon “was diagnosed by three of the world’s leading experts…as suffering from an autism spectrum disorder compounded with clinical depression.”

The unfairness of his potential US extradition has aroused public anger. However, the lack of judicial sympathy to his Asperger syndrome has compounded these claims.

Director of the Autism Research Centre at Cambridge University, Professor Simon Baron-Cohen, was an expert witness during Gary McKinnon’s trial and claimed that he suffers from his theory of “mind-blindness”, meaning that Gary McKinnon was so focused on finding the truth, he lost sight of the consequences of his actions.

Mr Cleary was charged with five counts under the Computer Misuse Act 1990, including a Distributed Denial-of-Service (DDoS) attack on the UK Serious Organised Crime Agency (SOCA).

Looking at this from a legal perspective, should a defendant’s autism have an effect on the charges? There are convincing arguments on both sides.

"Looking back at hacker cases I have done a fair number where the accused have displayed behaviour that is often now associated with Asperger's and that includes obsessional activity, great determination, a sense of invincibility and a lot of arrogance...but that doesn't amount to lack of understanding ultimately of the difference between right and wrong, and that as I understand it is the real legal test."

"People with autism tend to know right from wrong and often they have a very strong sense of what is good and what is bad; their sense of morality is very clear. But in some cases it may be that they become so preoccupied by their search for information that lose sight of the consequences of their actions... In his [Gary McKinnon's] case the computer was the tool he was using to get at information that he thought would be in the best interests of humanity so he pursued it, and he didn't really let go of that, it became an obsession in his case."

But should autism have any impact at all in defending charges? Would a tiered structure be necessary?

The question really boils down to the following: assuming the effects of the actions are identical, should a hacker with autism be treated differently to a hacker without?

The condition affects everyone differently, so an absolute defence will be difficult to justify.

However, if a defendant’s diagnosed condition results in obsessive behaviour, limited awareness of consequences, and an alternative perception of right and wrong, then perhaps there could be a case for a partial defence.

This may allow fairer treatment and provide formal legal protection for individuals like Gary McKinnon in the future.

22 comments on “Should having autism be a legal defence to hacking charges?”