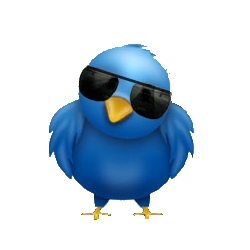 Twitter wins the award for grooviest website of the day, because of the great move they have announced which will help protect the privacy of millions of users.

Twitter has announced that it has enabled HTTPS by default for all users, which is a particularly good thing if you access Twitter from a public WiFi hotspot, such as a coffee shop or hotel lobby.

And don’t imagine that “sniffing session cookies from unencrypted connections” is rocket science.

Last year, Kutcher attended the brainbox TED Conference, and connected to the unencrypted WiFi hotspot provided. A nearby hacker was able to jump onto Kutcher’s Twitter session and post pro-SSL graffiti in his name. Twitter first announced that it was planning to roll out HTTPS by default last August, so it’s great to see the process finally completed.

Ashton, and many Twitter devotees like him, will now be better protected – without having to be told to change their settings.

But what about the other big social networks?

With Google Plus, things are simple. It has always had HTTPS turned on. Nice one.

Although the social networking giant gave users the option to enable HTTPS/SSL a year ago, it is still disabled by default and even when enabled only claims it will be used “when possible”.

If you want to try using Facebook with HTTPS/SSL enabled read more, and watch the following video:

We look forward to the time when Facebook feels it’s ready to enable HTTPS/SSL by default, and use it throughout users’ time on the site.

In the meantime, Twitter wins our award for favourite social network of the day. 🙂