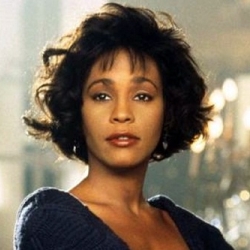 The death of pop superstar Whitney Houston made headlines around the world this weekend, and it didn’t take long for fraudsters and cybercriminals to cash in on the singer’s death.

For instance, messages have been seen shared on Facebook claiming to link to a video of Whitney Houston’s autopsy.

According to the messages, the video of Whitney Houston’s autopsy “reveals a shocking secret that explains her death”.

Clicking on the link will take your browser which appears to show a YouTube video embedded on what looks like a Facebook webpage. However, a message on the page says that the video cannot be played as your version of Adobe Flash needs to be updated. Of course, you should only ever download an update for your installation of Flash from the *real* Adobe website, so my recommendation is to be very wary about downloading any software that this bogus webpage might serve up to you, or any scam survey pages that it might direct you towards.

If you use Facebook and want to get an early warning about the latest attacks, you should join the Sophos Facebook page where we have a thriving community of over 160,000 people.