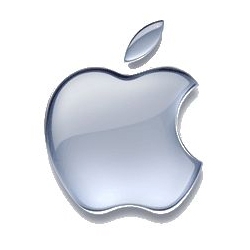 In response to the outrage expressed by iOS users over the transmission of their address books to the cloud without their permission by application developers Path and Hipster, Apple is promising to more strictly oversee privacy in a future revision.

US Congressmen Wexler and Butterfield have asked Apple to respond to some serious questions about privacy abuses by developers who sell their wares on the App Store.

The real issue here is the closed nature of the platform. Typical Apple mobile device users have no ability to know if these applications are taking their photos, contacts or just about anything else from their device.

Officially, Apple’s guidelines tell iOS developers that they must ask for explicit permission from users before transmitting their contact information to their services. The problem? These are guidelines, not rules, implying compliance isn’t entirely mandatory. And because Apple restricts access to publish on the App Store, no one else can audit apps, or even provide tools to offer protection, outside of its control.

Apple seems willing to take pains to ensure iPhone users don’t have access to applications showing breasts, but has approved dozens of applications that fly in the face of its guidelines.

In my opinion this places the onus on Apple to ensure their users are safe. Apple is the sole decider and arbiter with regards to our privacy on their platform.

I am pleased to hear the company is going to introduce a new release of iOS that will require permission to access this information, but is it too little, too late?

Apple has an important decision ahead of it. Do they “own” the platform and therefore all of the behaviors of their developers?

Or do they decide to open the platform so that users and third parties can make their own informed decisions as to what they want to share and when?

6 comments on “Apple to respond to Congressional inquiry, but are guidelines enough?”