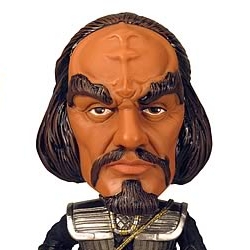 If you ever wanted proof positive that the people who send out those “You are entitled to an inheritance payout” emails aren’t acting legitimately, then here it is.

Judging by an email we’ve received at Sophos – the scammers certainly don’t look at the email address that they’re sending their spam messages to.

Because we’ve received a message addressed to a Klingon, appearing to suggest that we might be the lucky recipient of an inheritance from a “late family member”. Att,
My name is James Dillon, a solicitor based in United Kingdom. I am contacting you again to confirm if you received my previous letter to you regarding inheritance funds belonging to your late family member? I will like to assist you in accomplishing the claim process. Update me as soon as possible via email if you would like to proceed with the claim.

Regular readers of Naked Security know that unsolicited emails like this should be treated with extreme caution, as it’s a common tactic of scammers. Well, a couple of years ago we released a special free version of our software that had been professionally translated into the Klingon language.

Over 100,000 people downloaded it to scan their PCs for viruses, spyware, adware, Tribbles and zero-day threats, and invited users to contact us via the ‘Klingon’ email address. We certainly never shared it with anyone else – so it’s something of a surprise to find out that it’s now due a cash windfall.

Sophos Klingon Anti-Virus may no longer available for download, but here’s a demo video, backed by an appropriately Klingon soundtrack, if you want to rekindle the memories.

3 comments on “Don’t lose your Klingon inheritance. It’s spam of the day”