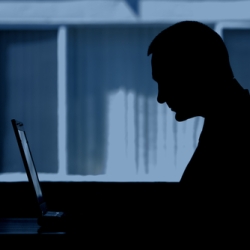 For the first time, the identity of a man at the centre of allegations that computers were hacked on behalf of the disgraced News of the World newspaper has been named.

The Guardian reports that security consultant Philip Campbell Smith is alleged to have used a Trojan horse to hack into a computer belonging to Ian Hurst, a former British army intelligence officer who handled IRA informers in Northern Ireland.

For legal reasons, Smith was previously referred to simply as “X” in Hurst’s recent evidence to the Leveson Inquiry into press standards: It is claimed that Smith, a former member of the British Army’s Force Research Unit (FRU), was contracted by a firm called Southern Investigations to spy on Hurst’s computer on behalf of the News of the World, who wished to discover the whereabouts of IRA informants.

A BBC radio documentary broadcast late last year included claims from a former police officer that Southern Investigations commissioned computer hackers in their hunger for information to sell to newspapers.

The documentary claimed that some of the hackers had learnt the tricks of the trade while working for army intelligence.

Secret footage broadcast by a separate BBC television investigation in March 2011, showed Hurst confronting the (then unnamed) man who he believed broke into his PC: According to the hacker’s filmed confession, faxed copies of the stolen information were sent to Alex Marunchak, a senior editor at the News of the World.

According to The Guardian, Smith is believed to be under investigation by “Operation Kalmyk”, an offshoot of the “Operation Tuleta” computer hacking inquiry by the Metropolitan Police.

Other figures who are also said to have had their computers hacked on behalf of newspapers include Peter Hain MP, who at the time was Secretary of State for Northern Ireland, and Sir Hugh Orde, the then Chief Constable of the Police Service of Northern Ireland (PSNI).