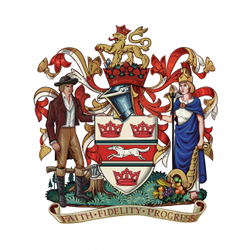 I’m currently visiting the Sophos Canada HQ in Vancouver, BC. This office houses one of the three main global operations centres for SophosLabs. (The others are in Sydney, Australia, and Oxford, England.)

When you’re in another part of the world, it’s intriguing to look in local newspapers for IT and security-related stories – and the editions of the Vancouver Sun that keep turning up outside my hotel room haven’t disappointed.

This week, news has emerged in Canada of a police investigation into the use of robocalling (automated phone dialling, a.k.a. voice spam) in an apparent attempt to disrupt an election result. During last November’s Federal election in Canada, voters in the contituency of Guelph, Ontario received automated voice calls instructing them that their local polling station had moved:

This is an automated message from Elections Canada.

Due to a projected increase in voter turnout, your poll location has been changed.

(Voice transcript from the Ottawa Citizen.)

The calls were fraudulent, and voters who turned up at the “new” polling station found themselves in a shopping centre with nowhere to vote.

Following many complaints to the electoral commission, investigators traced the calls back to an automated calling centre in Edmonton, Alberta. Further back-tracking led back to a pre-paid mobile telephone from Quebec, just across the border with Ontario, that was used to set up the offending robocalls.

Media speculation implies that renegade supporters of Canada’s ruling Conservative Party were involved. The incumbent MP for the seat of Guelph is opposition politician Frank Valeriote, so the assumption seems to be that disrupting voters would disfavour the front-runner.

(If this was the plan, it didn’t work. Valeriote was returned with an increased majority, in a swing of +11% In fact, all candiates enjoyed a positive swing – including Kornelis Klevering of the Radical Marijuana party, whose electoral share surged by a full five votes to 171 from the mere 166 he enjoyed back in 2008 – except the Greens, who slipped nearly 15%)

Technology which has entered our lives under the innocent-sounding guise of “office automation” can certainly be intrusive and, in this curious example, intriguingly disruptive. Unlike spam, which is all-but-free for scammers to send, robocalls in North America cost the sender approximately 1c to 3c a minute.

Many times over the past decade, calls to introduce similarly modest charges for email have been promoted as the way to end spam, but never came to anything – the popularity of free webmail services such as Hotmail and Gmail made sure of that.

However, even if we were paying for email these days, modest charges wouldn’t seem to be much of a disincentive to determined abusers of automated bulk communications systems.

One comment on “Voice spam tried to disrupt election in Ontario, Canada”