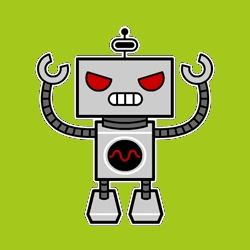 The men, who were charged in the Bobigny area of Paris, are suspected of infecting more than 2000 Android devices with the Foncy Trojan horse.

The Trojan exploited a vulnerability to root the phone, sending SMS messages and silently joining an IRC channel to receive further commands from remote hackers.

Clearly, when a user runs what they believe to be an American football game the very last thing they expect to happen is to be handing control of their device over to a malicious hacker.

According to the French authorities, the two men alleged to be behind the malware earned up to 100,000 Euros from the scheme.

Is it any wonder we are seeing an increase in Android malware activity, if the bad guys are making money out of it?