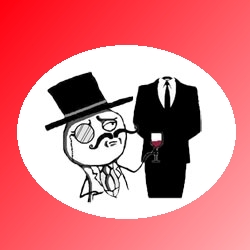 According to a report by Fox News, computer crime authorities on both sides of the Atlantic have charged and arrested alleged computer hackers suspected of belonging to the LulzSec and Anonymous hacktivist groups.

In addition, the FBI says they have arrested 27-year-old Jeremy Hammond (aka “Anarchaos”, “sup_g”, “burn”, “yohoho”, “POW”, “tylerknowsthis”, “crediblethreat”) in Chicago, Illinois, in relation to a hack against Stratfor.

The news coincides with reports that the infamous hacker Sabu, who acted as a prominent mouthpiece for the hacktivist community, is said to have betrayed his comrades in LulzSec and Anonymous, and have been secretly working undercover for the FBI for months. According to a Reuters report, Monsegur has pleaded guilty to carrying out internet attacks on the likes of PayPal and MasterCard.

The Fox News report claims that Monsegur has been helping the FBI with their investigation into LulzSec and Anonymous since he was unmasked in June 2011. That would place Sabu’s interaction with the FBI before the high profile arrests of others alleged to be involved with LulzSec – including Jake Davis (aka “Topiary”), who was located in the British Shetland Islands, and British teenager Ryan Cleary.

If the latest reports of Sabu helping the FBI uncover others in LulzSec and Anonymous are true, it’s quite a betrayal. Just yesterday Sabu tweeted a seemingly defiant message to the computer crime authorities:

Of course, just because Sabu may have been outed as working for the FBI and helping them with their enquiries, it doesn’t mean it’s the end of Anonymous.

I’m sure Sabu might have had information and contacts that would have been of great interest to the authorities, but it’s cloud cuckoo land to believe that the hacktivist element of Anonymous will fall apart because of this.

As for LulzSec? Well, their activities pretty much ceased around about the time that their Twitter account stopped posting messages. Which, coincidentally, occurred at the same time that Jake Davis was arrested.

You can learn more about just how the FBI turned Hector Xavier Monsegur (also known as “Sabu”) in this Fox News report.