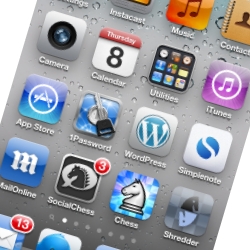 My own testing produced the same results as in 9to5Mac’s original report. It seems that both their reporter and myself must have unlocked our iPhones within the prescribed amount of time in the “require Passcode” time settings.

PS. For completeness, and to compound my earlier embarrassment, here’s the article I published initially..

Apple announced the “new iPad” to an expectant world yesterday and at the same time released a new version of its iOS 5.1 operating system for existing iPhone, iPod Touch and iPad users.

If you’re about to install iOS 5.1, my advice right now would be to be very careful. As there is a serious security hole.

As 9to5Mac reports, it is child’s play for anyone to gain full access to your Apple device running iOS 5.1, even if you believe you have locked it.

I hope you don’t have anything you wanted to keep private on your Apple iPhone or iPad, because if you leave it lying around – someone might be able to spy upon what you’ve been up to.

I just tried it for myself on an iPhone 4, and was able to gain complete access to a supposedly locked device without having to enter a pass code. Blogger James Woods believes the problem only occurs for those who had a pass code enabled at the time that they updated their iPhone or iPad to iOS 5.1, and that if you turn off your pass code and then turn it back on again, you will be properly secured.

In my tests this proved to be the case, but it shouldn’t be necessary for people who had already applied decent security on their iPhone/iPad to then have to do it again because an update from Apple undid the security steps they had previously taken.

Apple should fix this security hole, before users who believe they are properly protected have their iPhones and iPads snooped upon.

Presumably this flaw is not present in Apple gadgets which do not have a camera, such as the original first generation iPad.

10 comments on “Updated: critical security hole in iOS 5.1? Perhaps not..”