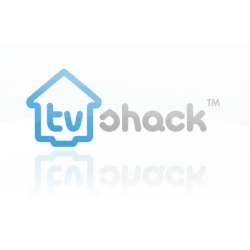 The British Home Secretary, Theresa May, has approved the extradition to the United States of the 23-year-old student who created the TVShack website.

Richard O’Dwyer and his supporters were hoping that the UK government would intervene after a court ruled in January that Mr O’Dwyer could be extradited on charges of copyright infringement.

The TVShack website provided links to movies and television series, including content that breached copyright. According to media reports, the website earned the Sheffield Hallam University computing student more than $230,000 (£147,000) in advertising revenue before US authorities seized the domain in mid 2010.

Richard O’Dwyer’s mother accused the government of selling her son “down the river” by approving the extradition:

"Today, yet another British citizen is being sold down the river by the British government.. Richard's life - his studies, work opportunities, financial security - is being disrupted, for who knows how long, because the UK Government has not introduced the much needed changes to the extradition law."

O’Dwyer could face up to a decade in a US jail if he is convicted of the allegations.

A survey of over 1400 people conducted on Sophos’s Naked Security website earlier this year revealed that the vast majority of those polled believed Richard O’Dwyer should not be extradited.

There are obviously some parallels which can be made with the plight of Gary McKinnon, the British hacker who has been fighting extradition to the United States for over ten years.

Both McKinnon’s and O’Dwyer’s cases have highlighted concerns that the UK-US extradition treaty is unfairly biased against British citizens, an accusation that has been refuted by the US authorities.