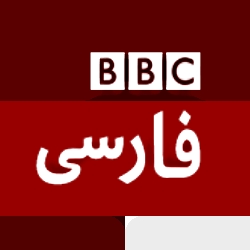 The BBC has reportedly revealed that it suffered a “sophisticated cyber attack” following a campaign of persistent intimidation from the Iranian authorities.

Mark Thompson, the BBC’s director general, is due to give a speech at the Royal Television Society later today, describing how alongside a cyber-attack, BBC Persian’s satellite feeds into Iran have been jammed, and its London phone lines were swamped by automated calls.

In an extract from the speech, released by the BBC in advance, Mark Thompson explains the difficulty of proving the origin of the internet attack:

"It is difficult, and may prove impossible, to confirm the source of these attacks, though attempted jamming of BBC services into Iran is nothing new and we regard the coincidence of these different attacks as self-evidently suspicious."

"It now looks as if those who seek to disrupt or block BBC Persian may be widening their tactics."

Thompson claims that there is a systematic campaign to both intimidate staff members into leaving the BBC Persian service, and to turn BBC staff into informers to provide the Iranian authorities with information.

Last month, Thompson described how the sister of a staff member working for the BBC Persian service was detained, intimated and held in solitary confinement by the Iranian authorities. Thompson says that there have been many attempts by Tehran to jam the BBC’s broadcasts to the country, where the service is believed to have an audience of millions.

"The BBC calls on the Iranian government to repudiate the actions of its officials."

"We also ask governments and international regulatory bodies to put maximum pressure on Iran to desist in this campaign of intimidation, persistent censorship and a disturbing abuse of power." Thompson is right to be cautious of claiming definitively that the government in Tehran was responsible for the internet attack on the BBC.

Even if a computer involved in the attacks was found to be located in an Iranian military base that doesn’t necessarily mean that it was an attack done with the knowledge of Iran’s authorities.

It could have been compromised by hackers in other countries. After all, think of all the spam you receive every day – that’s not sent by computers belonging to the spammers. Instead they’re from PCs that cybercriminals have commandeered and turned into a botnet for their own purposes.

At the same time, of course, we shouldn’t be naive. If BBC staff and their families are suffering from a growing campaign of intimidation, then it perhaps wouldn’t be a surprise if the hostility also spilled out onto the internet.

It is not expected that Thompson will give any more details of the latest attacks.