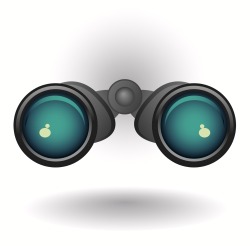 The US government has granted permission to its counter-terrorism officials to stretch out how long they can retain information about citizens, even if those citizens aren’t tied to terrorism.

The new guidelines [PDF] were agreed Tuesday last week, according to The Washington Post.

That is ten times longer than they were formerly allowed to retain records. Under old guidelines, the NCTC was generally required to destroy data about US citizens or residents within 180 days, unless the center had evidence that a given individual could be connected with terrorism.

The NCTC was created by the 2004 Intelligence Reform and Terrorism Prevention Act. It collects information from various federal agencies, including visa and travel information, as well as data from the FBI.

Senior intelligence officials told the Washington Post that privacy safeguards vary across the agencies that handle the 30 or so data sets maintained by the center, which may stymie counter-terrorism efforts, they claim.

“We have been pushing for this because NCTC’s success depends on having full access to all of the data that the U.S. has lawfully collected. I don’t want to leave any possibility of another catastrophic attack that was not prevented because an important piece of information was hidden in some filing cabinet.”

Another official anonymously told the Post that entire databases cannot be shared, that only specific information within a given data set can be handed over, and then only with the approval of the agency that provided the data. As the Public Broadcasting System highlighted in a recent Frontline TV news show episode titled Are We Safer?, expansion and sharing of intelligence databases between federal agencies has resulted in the creation of a massive database that tracks thousands of US citizens whom haven’t been accused of wrongdoing.

One such case profiled by Frontline involved 53 activists affiliated primarily with the anti-death penalty, environmental issues, racial justice and anti-war groups (including several Catholic nuns). The activists became the subjects of what Frontline called “an elaborate 14-month covert surveillance program by the Maryland State Police” that was enabled by the new shared databases.

Another case reported by the Associated Press involves the New York Police Department’s use of counter-terrorism tactics to monitor lawful activities, including infiltrating meetings of liberal political organizations and keeping intelligence files on activists who planned protests around the country.

“Watering down those rules raises significant concerns that U.S. persons are being targeted or swept up in these collection programs and can be harmed by continuing investigations for as long as these agencies hold the data.” According to a startling cover story in Wired, The NSA Is Building the Country’s Biggest Spy Center (Watch What You Say), the government is not abiding by its own Constitution post-9/11. If that is the case, it is difficult to see how one would fight government changes like this one.

The spy center is shrouded in secrecy, according to Wired, but one of its known goals is to advance computer speed a thousandfold, creating a machine that could execute a petaflop—that’s a quadrillion, or 10 to the 15th power—operations a second. Another goal is to host servers with a mind-boggling storage capacity.

Put them together, and you get the processing speed and what Wired calls the “near-bottomless databases” to hold and process any and all forms of communication, including “the complete contents of private emails, cell phone calls, and Google searches, as well as all sorts of personal data trails—parking receipts, travel itineraries, bookstore purchases, and other digital ‘pocket litter.'”

New guidelines allow our words and actions to be tracked, retained and cross-referenced for years, while new, stunningly powerful computing power is in the works—power that will give the government the ability to crack even Advanced Encryption Standard (AES), according to Wired.

Watch what you say, indeed.