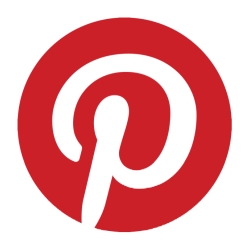 A spammer, who claims to earn $1000 a day by automatically posting affiliate links onto Pinterest from thousands of bot accounts, has given an interview describing his operation.

The spammer, who claims to be a 24-year-old named “Steve”, told The Daily Dot how his affiliate links lead back to an Amazon account by the name of “final-fantas07”.

Steve the spammer is keen to point out that he doesn’t point Pinterest users towards scams or malware, but he is posting pictures that – if users click on them and subsequently buy the products from Amazon – earn him commission.

Nope, I have no guilt. I'm not trying to scam anyone, or upload viruses to their computer or anything like that. I simply show products to the Pinterest community. I realize that I'm spamming the crap out of the site, but its nothing personal, just business.

And the affiliate commission Steve can earn is not to be sniffed at:

I fully expect next week's earnings to be $2,000-2,500 a day. There are no guarantees in this business and it could all come crashing down soon. Not a matter of if, but when will it happen. Of course, spam is a nuisance – whether it sets out to defraud other users or not.

Pinterest will need to grow up fast, and better protect its systems from automated bots and affiliate spammers if it wants to foster a reputation of high quality nurtured links rather than posts being pinned by spammers hoping to make a quick buck.

Users of Pinterest, meanwhile, would be wise to think carefully about what they repin and be on their guard against offers which seem to be too good to be true. If Pinterest continues to grow, more and more spammers and cybercriminals will be tempted to exploit the userbase.

Hat-tip: The Daily Dot via MSNBC.

8 comments on “Interview with a Pinterest spammer, earning $1000 a day”