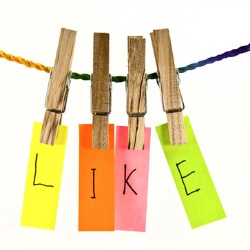 A study shows that Facebook users are wising up to privacy, says research presented by the Polytechnic Institute of New York University at the 4th IEEE International Workshop on Security and Social Networking.

Researchers looked at 1.4 million Facebook profiles from New York City in March 2010 and then again 15 months later in June 2011, reports The Atlantic.

And guess what they found?

In March 2010, about 1 in 5 users hid their friends’ list. By June 2011, this number had more than doubled to 53 percent. They also discovered that kids are smarter online than many of us give them credit for.

The researchers were quoted in The Atlantic:

It is staggering shift in such a short amount of time. From a security point of view, it is great to see that people are taking privacy concerns more seriously.

But this is not to say that I underestimate the value of social networks. Using them wisely and considerately, rather than using it as a diary for the world to read, is what I hope we are moving towards. Findings like this give me hope.

4 comments on “Are you being more private on Facebook?”