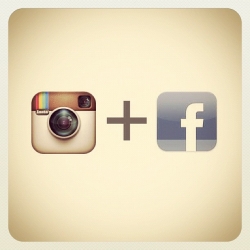 It’s the big tech headline of the week: Facebook has announced it is buying the popular photo-sharing app Instagram for a cool billion dollars.

But should Instagram’s 30 million users – who are reportedly uploading five million new photos to the service each day – have worries about the acquisition?

Certainly if you looked on Twitter when the news of the deal was announced earlier this week, you would have got the feeling that many Instagram users were less than enamoured by the deal. It’s understandable that some people might feel some trepidation when their favourite online service gets gobbled up by a much larger player – even if Facebook CEO Mark Zuckerberg has been keen to stress that they don’t want to upset Instagram’s loyal fanbase.

One issue that some Instagram users have raised is privacy, and how their uploaded pictures might be used in future. After all, when they uploaded their photos they thought they were putting them in the care of Instagram, not the social behemoth that is Facebook.

Is it possible that marketers will be able to glean more information about you, and your activities, by delving into the photos you have uploaded to Instagram? Could Facebook’s incentive for gobbling up Instagram for such a high price be because they see future value from its photo treasure trove from advertisers and marketers?

Perhaps. But users need to recognise that they might have been at least slightly complicit in this.

What needs to be recognised is that anytime you decide to store your information online, you should also assume that it could be used for marketing purposes and that it may be publicly available.

The acquisition of Instagram is a perfect example of how data shared online may have an uncertain future. As Instagram’s policies state, they are “subject to change without notice” and users should be sure they are comfortable with their information being used in any way they can imagine.

Although some Instagram users have been clamouring to download all their photos and move them to another service, it’s not clear what they really think they are accomplishing through this.

Any service may choose to follow similar practices as Facebook or be purchased by them tomorrow. If you want full control of your information, keep it on computers and servers under your own control, and only make it available to who you want.