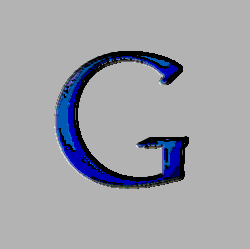 Just short of two years ago, a kerfuffle arose when Google first denied, and then admitted, that its Street View cars had been sucking up and saving payload data from unencrypted WiFi communications.

Payload data refers to data beyond the mere headers of a network packet.

The headers identify the network, the source, the destination and the like; the payload is some or all of your actual stuff, such as URLs you’re visiting, emails you’re downloading, text from documents you’re uploading, and more.

Several countries investigated Google for this SNAFU, with varying outcomes.

France, for instance, fined Google €100,000 nearly a year later – not so much for the data collection itself, but for a failure to deal with the French privacy office’s request for action in a timely fashion.

Australia reacted strongly at first – with Broadband, Communications and Digital Economy minister Steven Conroy perhaps rather over-eagerly dubbing it “the single greatest breach in the history of privacy”.

Ironically, however, the Privacy Commissioner concluded that Google had breached Aussie privacy law, but that the law did not provide for any action to be taken against the company.

But it looked as though Google had got away with it in the USA – until last Friday, when the Federal Communications Commission (FCC) issued a resounding-sounding Notice of Apparent Liability for Forfeiture against Google.

Like its French counterpart, the FCC’s primary concern seems to be with Google’s tardiness in responding to the Commission’s investigation of the whole issue:

The Bureau...again directs the Company, for a fifth time, to provide an affidavit or declaration, signed and dated by an authorized officer of the company with personal knowledge, attesting to the accuracy and completeness of the Company's LOI responses."

The FCC’s Notice finishes in stentorian fashion, trumpeting that:

Google Inc. is hereby NOTIFIED of this APPARENT LIABILITY FOR FORFEITURE in the amount of twenty-five thousand dollars ($25,000).

Even a company as big as Google has found out that if it flies in the face of the FCC, it must face the consequences.

Note. I wrongly wrote “FTC” (Federal Trade Commission) throughout instead of “FCC” when I first published this article. I updated it at 2012-04-16T23:46UTC+10. My apologies to the perplexed FTC staffer who pointed this out!

35 comments on “FCC to Google – “We asked you nicely FIVE times, but now we are SERIOUS””