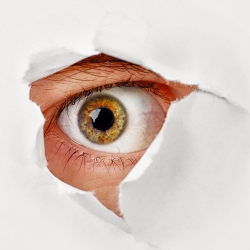 SophosLabs is intercepting a spammed-out malware campaign, pretending to be an email about a revealing photo posted online of the recipient.

The emails, which have a variety of subject lines and message bodies, arrive with an attached ZIP file (IMG0893.zip) which contains a Trojan horse.

Subject lines used in the spammed-out malware campaign include:

The message bodies contained inside the email can also vary. Here are some examples:

You can imagine how some people would react if they received a message like this in their email. Many might open the attachment out of curiousity (or even with trepidation that a private photo had leaked onto the internet!) and end up having their Windows computer infected as a result.

Sophos products protect users against the threat, detecting it as Troj/Bredo-VV and Mal/BredoZp-B.

The Bredo Trojan is nothing new, and we regularly see variants of it spammed out widely across the internet using a variety of social engineering lures to trick users into opening the dangerous attachment.

Keep your wits about you, and your anti-virus up-to-date, and you should have little to fear.

10 comments on “IMG0893.zip – Your photo all over Facebook? Naked? Malware campaign spammed out”