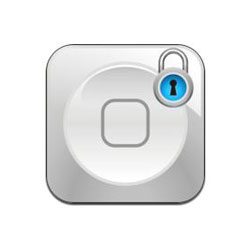 “Just a stupid wallpaper,” commenter Nicole King wrote about an Apple app named Lock My Screen, after finding out that the app does nothing of the kind.

And Nicole is just one of 1,000+ others who fell for the name, assuming that the app would provide the pattern unlocking swipe security feature that prevents Android phones from butt-dialing or from being accessed by thieves or busybodies.

Any Android user who’s swiped their device-unlock pattern in front of an iOS user will likely tell you that this particular security feature makes our Apple brethren a tad green with envy.

The app was released on March 9 and as of April 21, the app had garnered 1,100 reviews on the App Store.

Of those buyers, 1,042 gave the lowest possible rating of one star, while many commenters noted that they’d give the bogus app a zero star rating if that were possible.

It’s easy to see how the buyers were tricked. Even after developer Fabio Junior posted a disclaimer stating that the app “does not provide any real lock mechanism”, the screenshots of patterns used to advertise the app are still labelled “Lock Your Screen”, “Pattern Code Security / Connect Dots to Unlock”, “Choose Your Favourite Locking Mechanism”, “Alpha-numberic [sic] Passcode” and “Biometrics Security”. With so much security-ish speak, one might imagine the app would actually provide security.

Instead, all it provides is pretty screenshots of security while claiming that users can:

Get the best PATTERN CODE Security System for less than your morning coffee!

The Lock My Screen app provides illusions: 20 backgrounds that users can set as their wallpaper to give the appearance of lock-screen security.

Granted, the app is listed under the store’s “Entertainment” category, which could arguably be a tipoff. Or, perhaps, the categorization could be ironic, given how un-entertained its buyers appear to be.

And granted, the pictures of security features might fool the gullible, and hence could be considered security against the dim. This is how the app’s marketing describes this happening:

When someone messes with your phone they will think that it is locked and only you will be able to know how to unlock it as easily as it ever was.

If there’s any lesson to be learned, it’s that app buyers should read the description before plunking down their $1.99 (the app’s original price was 99 cents. It went up to $1.99 on April 19, when the disclaimer was added).

Commenter Kolohediggerz put it this way:

It clearly says they're only pictures and that it's just a way to fool people who try to mess with your phone. Next time you buy an app read the description!

That’s as good a takeaway as any, I suppose, though I do ponder the same thing pondered by commenter Darkj3di1:

How on earth does apple let these people charge for this crap??

How, indeed? As Josh Smith wrote, over at Gotta Be Mobile, Apple’s done an OK job keeping dishonest apps out of the store.

They’ve even managed to ban apps that change hair color from blonde to brown. As Smith writes, and with this I concur, Apple also needs to ban apps with misleading descriptions.

Apple doesn’t allow developers to write apps that change the iPhone lock screen, so don’t fall for anything claiming to do that (unless you’ve got a jailbroken iPhone – see the Gotta Be Mobile story for details).

If you’ve already fallen for the bait, see Smith’s story for tips on requesting a refund. Officially, Apple won’t fork over the money, but Smith has had success with his requests.

13 comments on “iPhone app ‘Lock My Screen’? Well, no, it doesn’t actually”