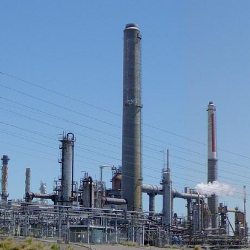 The BBC is reporting that websites belonging to the Iranian oil ministry and national oil company are offline after suffering a malware infection this weekend.

Iran has disconnected all of its oil processing facilities as a precaution, including the facility at Kharg Island which processes more than 90% of Iran’s exports.

The semi-official news agency, Mehr, reported that information about users of the websites had been stolen, but no sensitive data had been accessed.

Iran’s Revolutionary Guard claims to have created a “hack-proof” network for all sensitive data. I have yet to see a hack-proof network and if they have convinced themselves it’s true, perhaps that is part of the problem.

Iran seems to be forthcoming about admitting hack attempts against the country as part of its ongoing propaganda campaign, yet nothing ever causes serious damage like Stuxnet.

One issue for the Iranians in effectively defending its networks may be the embargoes which prohibit most western companies from providing security solutions.

Sophos proactively detected the Stuxnet worm, yet despite its protestations Iran appears to have been penetrated by the malware.

One thing is clear, whether you are an oppressive regime, or simply an average small business, anyone who depends upon the internet will face malware threats and hacking attempts.

Defense is the best offense even if you aren’t harboring a secret nuclear program, keeping your protection up to date and staying alert is a great start to staying safe.