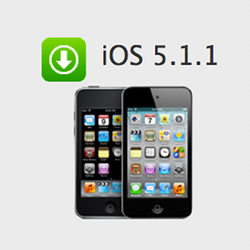 Apple’s latest update to iOS just came out. Version 5.1.1 is more than just a cosmetic fix: it patches at least three security flaws, all of which should be considered serious.

Information about the update can be found in Apple’s knowledgebase article DL1521.

Unfortunately, the security reasons for updating sooner rather than later are hard to find from DL1521.

The page leads with a list of five “improvements and bug fixes”, none of which is a compelling reason on its own to update now.

As usual, Apple relegates the security content of the update to the well-known landing page HT1222. But when I visited, the most recent security updates in the list were still April’s malware-related Flashback fixes.

Nevertheless, the page you need to consult for iOS 5.1.1 does exist – it’s HT5278, and if you have an iDevice, I strongly suggest you read it.

Do you work for Apple? If so, please suggest – to the highest authority in the company you dare to email directly – that your employer tweaks its update publishing system. Make sure that HT1222 is updated at the same time as any security-related product update is published, not hours or days later. This will have a positive outcome: your users will apply security fixes more promptly. * Address-bar spoofing. Site X could direct you to site Y, but make it look as though you'd gone to site Z.

This sounds like a minor issue, but it isn’t. The address bar is supposed to be accurate at all times, because it’s the primary indicator of whose site you’re actually visiting. Indeed, the browser is supposed to ensure that untrusted content – such as JavaScript – inside a web page can’t write into or affect the surrounding user interface (the so-called “chrome”) itself.

Address-bar spoofing is very useful to scammers, phishers and peddlers of malware because it lets them masquerade their bogus websites as the real deal.

* Cross-site scripting. When you visit site X, code sucked in from site Y could execute as though it had been served from site X.

If a script from site Y can view cookies set for site X, then a crook in control of site Y may be able to recover session authentication data (set by site X when you logged in), and thus to impersonate you online.

* Remote code execution. A maliciously crafted web page might crash your browser in such a way that it ends up running program code secretly embedded in the page.

Executable machine code served up in an untrusted web page should never be able to get near to the CPU without provoking one or more do-you-really-intend-to-do-this dialogs. This helps to protect you from installing malware by mistake.

Any time the Bad Guys get hold of an exploitable remote code execution (RCE) vulnerability, they’re laughing. They can sneak malware onto your computer or mobile device without consent or warning. That’s always a Very Bad Outcome. (Ask one of the hundreds of thousands of people whose Macs were recently infected with the Flashback Trojan!)

Bottom line: I’d recommend updating to iOS 5.1.1 as soon as you reasonably can.

PS. Note to jailbreakers. Yes, you can update too, at least if you have an iDevice with an A4 chip. (That excludes newer devices such as the iPhone 4S, the iPad 2 and the iPad which came after the iPad 2.) As with iOS 5.1, it's a tethered jailbreak. That means you need to connect your device to your computer and use the jailbreaking tool when you reboot.