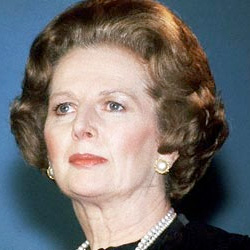 If Margaret Thatcher was to die, would you expect the news to first emerge from the French media rather than the British?

And, if you were a French media outlet actively posting news via Twitter, would you believe an unverified account claiming to be Carla Bruni if she was the one to reveal the news of the demise of Britain’s former Prime Minister “officially”?

Unfortunately, @LesNews did mistakenly report the death of Margaret Thatcher this evening – causing rumours of her death to sweep across the service, but strangely no confirmation from any other news outlets.

A little digging revealed that the news appeared to have originated from an unofficial-looking account claiming to belong to Carla Bruni, the wife of recently deposed French president Nicolas Sarkozy.

The @CBruniOfficial Twitter account, which you will notice does not carry a “verified” icon, announced the “news” of Thatcher’s death, claiming that it had just been announced by the British Ambassador. I don’t know that the real Carla Bruni isn’t in charge of that account – but I must admit that I would be very surprised if she was.

Nevertheless, the tweet was clearly enough for @LesNews to rebroadcast the news to its 100,000+ followers, causing the story to spread worldwide.

Fortunately some news agencies were a little more skeptical, including CNN’s Gill Penlington who contacted Thatcher’s official spokesperson and debunked the claims.

All that remained was for @LesNews to sheepishly delete its original tweets, and post up an apology.

Media agencies are struggling to cope in a world where news breaks in an instant, and can be shared across the world in seconds via social networks. The pressure to be always up-to-date can be so great that false stories can spread like wildfire.

Those of us who are interested in computer security know all too well the importance of not believing everything we read, not rushing to click on a link nor open an attachment without thinking about the possible consequences. Maybe @LesNews and others could learn something from that.

Update: @mmesarkozy appears to be the authentic Twitter account for Carla Bruni. Judging by her low number of tweets (at the time of writing she hasn’t posted anything since February 2009) she isn’t an enormous fan of twittering.