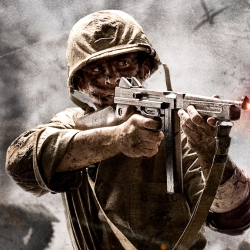 A British man who spread a spyware Trojan horse posing as a patch for the popular video game “Call of Duty”, has ended up with an 18 month jail sentence.

After selling the stolen details to other cybercriminals for between $1 to $5 a time, Martyn moved his ill-gained profits to an offshore account in Costa Rica.

Bizarrely, Martin’s activities were only uncovered after he was caught drunkenly attempting to break into local colleges to steal computer equipment, Kent Online reports.

Last November, Martin had his sentence deferred by Canterbury Crown Court to allow him to attend a university computer course, and he was put on bail.

But it seems that Martin couldn’t put his burglary habit behind him, and in March this year he broke his bail conditions by breaking into the Walmer Science College in Deal, causing hundreds of pounds of financial damage, and attempting to steal a computer, hard drive, walkie-talkies and other equipment.

Now he has been jailed for 18 months for three burglary and fraud charges and asking for another five to be taken into consideration.

Prosecutor Edmund Burge said it was unclear how much money Martin had made from his criminal activities, because the funds were held offshore:

"We don’t know how much money he got through selling the card details because the money is in a bank which won’t co-operate with the authorities. But Martin admitted to police that it was in the thousands of pounds."

Although Martin’s defence lawyer pleaded for leniency, and the opportunity for Martin to complete his university course, the court appeared to have run out of patience with the young computer enthusiast and jailed him for 18 months.

The authorities are understood to be attempting to recover the money that Martin made through his cybercriminal activities.

Game players would be wise to pay attention to the technique used by Lewys Martin to infect computers. It’s not uncommon for malware to be distributed in the form of cracks and hacks for popular computer games – if you run unknown code on your computer to meddle with a video game, you might well be allowing malware to insidiously install itself too.

One comment on “Call of Duty Trojan horse creator ends up in jail, after drunken college raid”