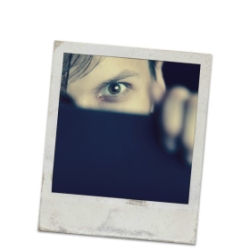 The headline of the Craigslist “Casual Encounters” ad:

The translation, for those unfamiliar with internet sex dating truncations: a 28-year-old male – a virgin, the ad went on to say – who “want [sic] it hard” was looking for another male, of any race or age, to sodomize him, first come, first served.

The phone started ringing as my boyfriend, John, and I were grocery shopping on a lovely April afternoon. It continued to ring for over a day.

The ad, together with a handful of others offering unrealistic pay for unskilled labor, was taken out in John’s name, with his phone number, by an acquaintance with a drinking problem.

The phone calls were unnerving, as was the acquaintance’s stubborn denial that he had placed the ads, even after John irrefutably linked him to the cloaked Craigslist email address listed in the ads.

I spent the night researching identity fraud and cyberstalking. We went to the police station to file a report. Although the police hadn’t raised a finger, the calls eventually tapered off.

We got off easy. The damage done to our psyches was trifling, compared to the violence that some have suffered at the hands of cyberstalkers who take out ads soliciting sexual encounters – sometimes violent – in their victims’ names.

It all came back to me when I saw a recent Forbes article on horrific crimes committed by jilted boyfriends, who now have the internet to use as a tool that enables identity fraud and even harassment via crowd-sourcing. Forbes details two disturbing cases that have led to prosecution: The first is the case of Shawn Sayer, of Maine, who harassed his ex-girlfriend for years after they split up.

Sayer went so far as to crowd-source his revenge – i.e., he took out fake ads in his ex’s name so that unwitting dupes would gang up on her.

Here’s a description of how Sayer managed to keep up his retaliation after his ex moved to a new state, from a court order from Judge Brock Hornby:

After Sayer's former girlfriend changed her name and moved from Maine to Louisiana to escape him, the defendant Sayer, still in Maine, created fictitious internet advertisements and social media profiles using [the victim's] name and other identifying information. The fictitious internet postings included [the victim's] address and invited men to come to her home for sexual encounters.

According to Forbes reporter Kashmir Hill, the ads included the victim’s photo, directions to her house, and a list of sexual acts she would perform when interested individuals showed up. Sayer also posed as his victim in chats and emails.

The Portland Press Herald reported that the first man who showed up on her doorstep as a result of the fraudulent ad groped her in a dark hallway. Fortunately, she escaped by running to a friend’s apartment.

Hill details the fate of another, less fortunate victim who was violently raped after her ex-boyfriend, a former Marine, posted a rape fantasy ad on Craigslist on her behalf.

That tale has multiple victims, one of whom is a 27-year-old Wyoming man who answered the ad, which solicited “a real aggressive man with no concern for women.”

Similarly to Sayer, the spurned ex-boyfriend posed as his victim and corresponded with the Wyoming man, who thought he had the victim’s consent when he went to her home and raped her at knifepoint, leaving her bound on her living room floor.

In that case, both the ex and the man he used to carry out his crimes have been sentenced to 60 years in prison.

What makes these crimes particularly frightening is that the typical advice for avoiding identity theft just doesn’t cut it when you’re dealing with a former lover or friend: i.e., somebody who doesn’t have to phish for your personal identifying information.

My guess is that these crimes are under-reported and substantially under-prosecuted, given the response that I received from the local police when my boyfriend and I filed a report on his harassment.

The officer who took our report didn’t think any of the actions against John – taking out an ad in his name, with his phone number, to solicit homosexual acts – sounded illegal. The officer knew nothing of identity fraud or cyberstalking laws.

Nor did he think anything could be done to stop the harassment. He suggested we go to the local court house in the morning.

Perhaps that’s how many of these cases unfold: clueless local police pass the buck until the victims give up and walk away, impotent, still vulnerable.

When we do hear about a successful prosecution, it’s likely because somewhere along the buck-passing line, somebody knew that there are federal laws against cyberstalking and identity theft, and somebody knew that police departments have computer crime units, as does the FBI.

We can’t rely on every police officer in every local police department to know about federal law or the appropriate channels for reporting computer crimes. We need to become fluent enough with the law ourselves to avoid being stonewalled.

To that end, if you ever have need to educate law enforcement regarding what is and isn’t legal when you’re reporting a cyberstalking or identity theft crime, here are some pertinent US laws and resources. There are many more, so feel free to add them to the comments section:

In choosing to torment his ex-girlfriend, Sayer faced a maximum of 15 years in federal prison. That includes ten years on the cyberstalking charge, five years on the identity theft charge, plus a potential $250,000 fine on each charge, according to a press release from the Maine Assistant US Attorney.

To this day, the man who committed identity fraud on my boyfriend by taking out fraudulent Craigslist ads on his behalf thinks it was all a funny joke.

John and I failed to grasp the humor, but I did come away from the encounter with a few ideas of how victims might be better served: Finally, a word of warning about sharing passwords.

The New York Times in January described a new form of intimacy: Sharing passwords to email accounts, Facebook or other social media networks.

Bad idea. If you want to show somebody you trust them, do something like fall over backwards into their arms.

The worst you can get from that will likely be a bruise and a valuable lesson regarding whom you can and can’t trust.

The worst you can get from a malicious ex posing as you online can be orders of magnitude more vicious.