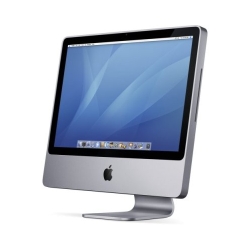 Up until just a few days ago, Apple’s website was keen to point out that Mac OS X doesn’t get PC viruses, and that the operating system “defends against viruses and other malicious applications, or malware” with “virtually no effort on your part”.

Now, Apple’s changed its tune a little and revised the wording on its “Why you’ll love a Mac” webpage:

You can click on the image above to see a larger side-by-side comparison, but here’s what the old page said:

It doesn’t get PC viruses.

A Mac isn’t susceptible to the thousands of viruses plaguing Windows-based computers. That’s thanks to built-in defenses in Mac OS X that keep you safe, without any work on your part.

Safeguard your data. By doing nothing.

With virtually no effort on your part, OS X defends against viruses and other malicious applications, or malware. For example, it thwarts hackers through a technique called “sandboxing” — restricting what actions programs can perform on your Mac, what files they can access, and what other programs they can launch.

It’s built to be safe.

Built-in defenses in OS X keep you safe from unknowingly downloading malicious software on your Mac.

OS X is designed with powerful, advanced technologies that work hard to keep your Mac safe. For example, it thwarts hackers through a technique called “sandboxing” — restricting what actions programs can perform on your Mac, what files they can access, and what other programs they can launch.

I think it’s pretty interesting that Apple has made this change to their messaging.

Clearly they’ve decided that pointing out the size of the Windows malware problem isn’t going to look terribly convincing unless they are also open about that Mac malware also exists. After all, it was only a couple of months ago that it was found one particular piece of Mac malware had infected 600,000 Macs worldwide, including 274 in Cupertino.

And there’s no longer an emphasis on Apple customers having to “do nothing”, to keep their Macs malware-free.

Mac malware is a reality these days, with regular users finding their computers are becoming infected. The problem may not be as significant as Windows malware, but it exists.

A recent analysis by Sophos found that 2.7% (one in 36) of Macs which downloaded our free anti-virus product were found to be infected by Mac OS X malware.

So, the problem is real. And Apple seems to be becoming a little bolder in acknowledging it. This week, for instance, Apple mentioned malware for the first time ever at a WWDC keynote address. I view the changes in the messages pushed out by their marketing department as some important baby-steps.