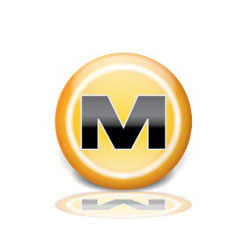 US federal prosecutors don’t mind if Megaupload users get their files back – as long as they either pay for the forensic expertise to dig it out, or sue Megaupload or Carpathia Hosting, the server farm, to get it.

The government explained its position on Friday, when it responded to a motion filed by the Electronic Frontier Foundation in late March on behalf of Kyle Goodwin.

Goodwin is a sports reporter who used Megaupload for storing and transferring video files for his business: a small outfit called OhioSportsNet that reports on high school sports in Ohio.

On January 19, the FBI shut down file-sharing site Megaupload.com on criminal copyright infringement charges, executing search warrants on the company’s servers and thus locking out all Megaupload customers.

Unfortunately for Goodwin, that’s the same month when his hard drive crashed, taking backups of the large video files his business relies on with it.

The motion sought a workable solution for users like Goodwin to get their data back and accused the government of violating the constitutional rights of innocent Megaupload users by its use of overly broad seizures of domains and servers.

In its response, the government said it simply doesn’t have Goodwin’s files.

The government does not possess any of Mr. Goodwin’s property, nor does it seek to forfeit it. The government also does not oppose access by Kyle Goodwin to the 1103 servers previously leased by Megaupload. But access is not the issue – if it was, Mr. Goodwin could simply hire a forensic expert to retrieve what he claims is his property and reimburse Carpathia for its associated costs.

The government doesn’t want to touch those “associated costs” with a 10-foot pole, MacBride wrote, what with all the “identifying, copying and returning,” which would be “inordinately expensive”:

Mr. Goodwin wants the government, or Megaupload, or Carpathia, or anyone other than himself, to bear the cost.

MacBride maintained that Goodwin can sue Megaupload or Carpathia, since they provided the service and should have had an insurance policy to cover an event such as this.

Although US law allows third parties with an interest in forfeited property to make a claim, the government is arguing that it only copied part of the Megaupload data and that the physical servers were never seized.

Slashdot commenter chrb noted that the Fifth Amendment to the US Constitution states that:

No person shall be … deprived of life, liberty, or property, without due process of law; nor shall private property be taken for public use, without just compensation.

Chrb argues that the digital files in question “are the same as physical property” and that the wording of the Fifth Amendment doesn’t specify that the government must actually have seized the property but that it must merely have caused a person to be deprived of that property.

By their own logic, through the actions of the government, Mr. Goodwin has been deprived of his property, and without his right to a jury trial.

But as Slashdot commenter necro81 goes on to argue, “due process of law” doesn’t necessarily equate to a jury trial.

A jury trial is just one example of a legal process that can result in deprivation of property. Search warrants are another, as necro81 notes:

...property gets seized as part of a search warrant all the time, as has happened in this case. Sometimes it is eventually returned, sometimes it is permanently retained as evidence. None of that requires a jury trial, even though it's often involved.

After all is said and done, it’s easy to blame the victims in the case of Megaupload. After all, what kind of idiot uploads their data to the cloud without keeping an offline backup or the original?

People who don’t know better, that’s who, comments Slashdot poster ccguy. Perhaps they’re ignorant in the field of IT and storage/backup, but who amongst us has all of our assets in places that can’t possibly fail?

Let he who is without sin cast the first stone, while the rest of us back up anything we send to the cloud and do some homework on our banks and our insurance policies.

Besides, Mr Goodwin did, in fact, back up his files onto a hard drive. As luck would have it, his hard drive crashed at the same time as Megaupload was shut down.

What’s the takeaway? We’re only safe if we have three backups, or five, or ten?

There’s simply no foolproof number of backups if luck is against you.

Good luck, Megaupload users who can’t get at your data and, for whatever reason, lack a backup. With this kind of response from the government, luck seems to be the only thing that might get you your data back.

17 comments on “Megaupload users who want their data have to pay (or sue), feds say”