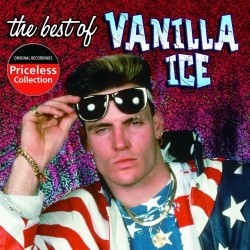 Has Vanilla Ice really died in a car crash?

After all, plenty of people have been sharing the news on Facebook in the last 24 hours – so it must be true, mustn’t it?

Messages like the following have been shared widely on the social network:

Vanilla Ice died in a single vehicle crash on Route 80 between Morristown and Roswell. He was pronounced dead at the scene by paramedics responding to the vehicle accident and was identified by photo ID found on his body. Alcohol and drugs do not appear to have been a factor in this accident - June 17, 2012

if you click on the link accompanying the messages you are taken to a website calling itself “Global Associated News”. What’s interesting is that the url that people are clicking on includes “vanilla.ice” in the sub-domain. I wonder what happens if I change it to someone else? My word – William Shakespeare has died in a car crash! No wonder he’s been a little less prolific of late..

Let’s have another go. Eek! I’ve died in a car crash too – and I’m not even a celebrity!

The website, of course, is designed to allow you to play practical jokes on your friends – and not very funny ones at that. You should always think carefully before clicking on unknowing links, and don’t believe breaking news just because someone has shared it with you on the net – check with a major news outlet instead.

After all, imagine if this website wasn’t just monetising itself via advertising, but was designed to install money-making malware onto your computer instead.

Of course, this is not likely to be the last time that a rumour spreads quickly across the internet that a celebrity has died.

And don’t forget when Christian Slater was killed in a snowboarding accident. Or how Tom Cruise fell to his death off a cliff in New Zealand? Or poor Johnny Depp who also died in a car crash?

Make sure that you keep informed about the latest hoaxes, scams and malware spreading fast across Facebook and other internet attacks. Join the Sophos page on Facebook, where over 180,000 people regularly share information on threats and discuss the latest security news.