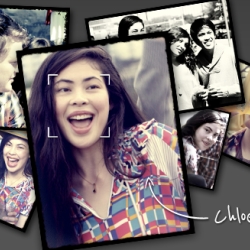 Facebook already uses Face.com’s facial recognition technology to help it put a name to faces in photos uploaded to the social network. Now, with the acquisition of Face.com, the technology is coming in house.

That’s what Facebook does with its facial recognition database right now. But nobody knows what it might do with it in the future. Although Facebook’s motivation may currently be to interconnect more of its users, and make photo tagging a more seamless process, the idea of there being a database built of 900 million people’s faces, with knowledge of who and what they like, and their personal relationships and conversations, puts a chill down the spine of privacy advocates.

Questions which are raised by Facebook’s facial recognition capabilities include how securely the database of information is stored, and how else might Facebook try to use it – including whether they might use the data to make money.

So.. How can you disable Facebook’s facial recognition technology?

But what you can do is prevent Facebook from using its facial recognition database to suggest to your Facebook friends, when they upload photos of you to the site, that the pictures should be tagged with your name.

This doesn’t mean that Facebook won’t learn about what you look like and associate it with your likes and friendships – but it does mean you can opt out of Facebook using the data it has collected on your appearance.

If you don’t like the idea of Facebook suggesting your name when your friends upload photos, here’s how you disable the option. Unfortunately, Facebook doesn’t believe in “privacy by default” – which would mean that users’ express permission would be required (“opt-in”) before information about them could be shared. (By comparison, Google+ does ask you to opt-in to facial recognition).

If Facebook’s facial database is such a great concept – why doesn’t the company present its arguments to users as to why they should want to participate in it, and invite them to “opt-in” to being included in the huge collection of faces?

Instead, Facebook puts the onus on users to “opt-out” of technology like photo tagging suggestions, and personal information is shared by default.

If you are on Facebook and want to keep yourself informed about the latest news from the world of internet security and privacy you could do a lot worse than join the Sophos Facebook page where we regularly discuss these issues and best practice.

54 comments on “Want to disable Facebook facial recognition? Read this”