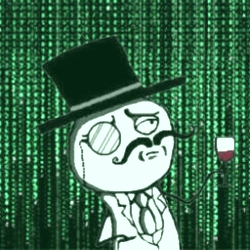 Two members of the notorious LulzSec hacking gang, accused of attacking high profile websites belonging to the likes of the CIA, Pentagon, US Senate. The Sun, Sony, PBS and the UK’s Serious Organised Crime Agency (SOCA), have pleaded guilty in court to some of the charges against them.

18-year-old Jake Davis (known as “Topiary”) and 19-year-old Ryan Cleary appeared in the dock of Southwark Crown Court to enter guilty pleas to charges under the Criminal Law Act and Computer Misuse Act.

Davis, who under his “Topiary” handle became the LulzSec group’s principal spokesperson from his base in the Shetland Islands, admitted to two of the four charges against him, including his involvement in the attack on SOCA’s website.

Cleary admitted to six of eight charges against him, including attacking CIA and US Air Force computers based at the Pentagon.

Both men told the court that they are not guilty of charges that they illegally acquired and posted confidential information obtained through hacking, such as passwords and credit card details.

Cleary, who was jailed last year for breaching his bail conditions by contacting another LulzSec member, also faces charges in the United States.

It is speculated that that media report may have angered other members of LulzSec, and motivated the hacking group’s attack the following month against The Sun.

Ryan Ackroyd, 25, who is suspected of being the hacker known as “Kayla”, plead not guilty to all four charges brought against him. A 17-year-old who cannot be named for legal reasons also gave a plea of not guilty against four charges.