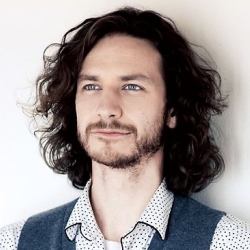 Twitter was all a flutter this weekend with users reacting to the alleged death of music star Gotye.

Many users claimed that CNN had confirmed the Australian singer had killed himself, pointing to what appeared to be a news report on the news service’s website:

"At 4:32 AM EST, it was reported that Gotye had shot himself in the head with a 9mm handgun. He was pronounced dead at 4.45AM, and the investigation concluded that the cause of death was suicide." Well, that is CNN’s website – so should you believe the story of the singer’s suicide?

No. You see, CNN iReport is a site that allows anyone in the world to upload stories and pictures of breaking news events – without any pre-vetting from CNN itself.

In this case, a user calling themselves “MJTheDestroy” posted the bogus story. Of course, most Twitter users saw the article and felt its presence at a CNN web address was enough to confirm its authenticity.

Gotye himself turned to Twitter to debunk rumours of his death:

So, there’s as much truth in this story as there was in the recent announcements of the “deaths” of Vanilla Ice, 1980s pop idol Adam Ant, Margaret Thatcher and Mikhael Gorbachev.

Those of us who are interested in computer security know all too well the importance of not believing everything we read, not rushing to click on a link nor open an attachment without thinking about the possible consequences.

Remember that next time you hear a rumour that a celebrity has died. In this case it looks like mere mischief-making was at work, but there have been other times when bogus stories like this have been exploited to spread malware.

3 comments on “Gotye is NOT dead, despite what you may read on CNN iReport”