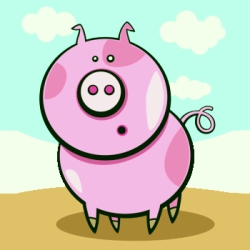 A widespread malware attack has been spammed out, posing as incriminating photos of the recipient which could get them in trouble with their partner.

The emails, which have the subject line “You pig!”, are designed to infect Windows users and carry a malware attachment posing as a digital photograph.

Message body:
You should be stoping ignoring me or i will send this photos to your spouse!!!

The emails can claim to come from a variety of different places, including LinkedIn, UPS and Hotmail.

Although the malware-laden emails are poorly spelt, it wouldn't be a surprise at all to hear that many people would be tricked by the aggressive tone to open the attachment. Unfortunately, the contents of the ZIP file are designed to infect Windows computers with a Trojan horse.

The subject line "You pig!" is certainly enough to make many people stop in their tracks, and wonder what has just arrived in their inbox.

It strikes me that even those who rightly suspect the email is spam, might be bemused enough (considering the main ingredient of what Hormel Foods nearly called flappertanknibbles) to open the messages and explore further.

Sophos detects the malware inside the ZIP files as Troj/Agent-WXL and the ZIP files themselves as Troj/BredoZp-KP. If you are a user of a product from other vendors check that your software is up-to-date and intercepting the malware.

3 comments on “You pig! Malware-laced emails spammed out posing as incriminating photos”