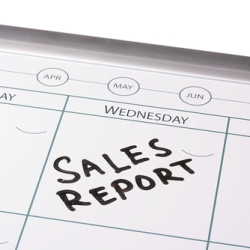 Have you received an email telling you not to forget to bring a report to a meeting being held tomorrow?

Be on your guard.

SophosLabs is intercepting a malware campaign that has been widely spammed out across the internet, using just such a disguise.

Attached to the emails, which have a subject line of “Don’t forget about a meeting tomorrow” is a file called Report.zip, which harbours the malware.

Interestingly, the spelling of the email’s message body can vary – presumably this was done in an attempt to avoid rudimentary email filters which might attempt to block messages.

Here are some of the variations we’ve seen:

Recipients might think the typos are the result of someone writing too quickly, or fumbling on their BlackBerry, rather than an attempt to bypass a company’s email gateway protection.

The misspelling hasn’t been enough to fool Sophos’s products however, which correctly intercept the messages as spam and identifies the attached file as Troj/Invo-Zip.

Be on your guard against such tricks, and always think carefully before opening unsolicited email attachments.