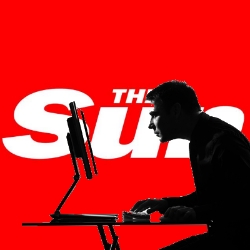 A journalist working for The Sun has been arrested by police investigating allegations of computer hacking related to the News of the World voicemail hacking scandal.

Scotland Yard’s “Operation Tuleta” investigation is exploring claims that journalists, and private investigators hired by journalists, might have deliberately infected computers with malware in order to gain access to private information that could later be used in news stories.

The man, who was arrested at his home in North London at 6:30am, is believed to be Rhodri Phillips, a reporter for The Sun. He is the seventh person to have been held as part of the computer hacking probe.

“For operational reasons we are not providing further details of this arrest at this time but will release more information in due course,” said the Metropolitan Police in a statement.

Up until now, The Sun has largely avoided the accusations of hacking that became familiar against its (now defunct) stablemate The News of the World.

For the last year or more, the British press has been full of allegations that journalists and their associates hacked into the email accounts of politicians, police chiefs, and even claimed they could access the Queen’s medical records.

Of course, the man arrested this morning has not yet been charged – and should be considered innocent unless proven guilty anyway. But don’t forget – installing a virus or Trojan horse onto someone else’s computer without their authorisation is against the law – and can lead to a lengthy jail sentence.