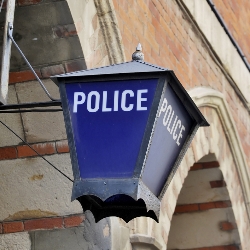 British police decided to target mobile phone thieves in the Sussex towns of Hastings and St Leonards, and came up with what they imagined was an ingenious plan.

The police decided to initiate “Operation Mobli”, where plain clothes officers deliberately left “bait” phones embedded with tracking devices in nine pubs and bars across the towns of Hastings and St Leonards in Sussex.

There was only one problem.

None of the mobile phones were taken by thieves.

In fact, nearly all of them were spotted by honest customers and handed in to door staff and bar management.

As a sting to catch phone thieves “Operation Mobli” may have failed. But, as Sgt Ché Donald described it in a news release, as “an excellent result and my faith has been restored as the phones were honestly handed in.”

Sussex Police recommend that members of the public register their mobile phones and other property
for free on the national property database, at www.immobilise.com, which helps officers reunite stolen items with their proper owners.

You see. There *are* good, honest, decent people out there. Not every news story has to be further evidence of how things are going down the plughole.

This is the third “good news” security headline we’ve heard in the last few days.

As reported in our latest podcast, it didn’t really matter that the electoral commission in Ontario lost USB memory sticks containing the details of 2.4 million voters because (shock!) the data had actually been encrypted!

And people were agog when they read that a worker had found a mystery USB thumb drive in his company’s parking lot, and took it straight to the IT department rather than plugging it into his computer.

Will stories about security working, and things not going wrong, be a theme for the rest of 2012?

Sadly, I wouldn’t bank on it. But here’s hoping..