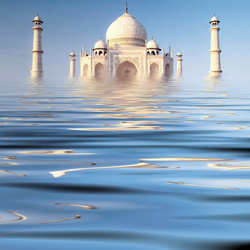 SophosLabs experts have released their latest “dirty dozen” report detailing the world’s top spam-relaying countries – and have discovered that India has solidified its position as the biggest global contributor to the junk email problem.

In fact, if you have a spam in your inbox, there’s a more than one in ten chance that it was relayed from an Indian computer.

Despite only 5.3% of the world’s internet users reportedly living in India, the country topped the list by a significant margin and was accountable for 11.4% of the world’s spam seen throughout April, May and June.

The spam itself, of course, doesn’t have to promote Indian goods. Chances are that most of the spammers who are relaying their messages through compromised Indian computers are not based in the country at all – and just taking advantage of zombie computers that have been unwittingly recruited into a botnet.

The vast majority of spam comes from home computers that have been compromised by hackers in this way. Remote hackers can send spam from recruited computers, as well as potentially steal information or install other malicious code.

Spam emails make up an average of 45-50% of corporate email – that is one unwanted, unsolicited message for every legitimate communication! We all pay the price: our email systems have to process and deliver the message, and our own time is wasted dealing with the spam email once it is in our inbox.

It’s also interesting to track which continents are relaying the most spam.

The top spam-relaying continents for April-June 2012

The chief driver for Asia’s dominance in the spam charts is the sheer number of compromised computers in the continent.

Malicious hackers hijack poorly-protected computers, and command them – without their owners realising – to send out unwanted money-making messages and malicious links. Everyone has a responsibility to ensure that their PC or Mac is properly defended against such attacks. If they take no care over their computers they’re simply adding to the world’s spam problem.

The latest “Dirty Dozen” stats suggest that as more first-time internet users get online in growing economies they are not taking appropriate measures to block the malware infections that turn their PCs into spam-spewing zombies.

8 comments on “Indian computers the worst for flooding the internet with spam, report discovers”