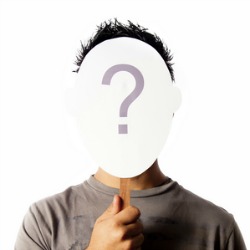 Google has been trying, sweetly, a little pathetically, and ultimately futilely, to clean up the inflamed boil that is YouTube commentary, by pleading with commenters to use real names when posting. In late June Google introduced the first pleading nudge toward real name usage on YouTube, giving – not requiring, mind you – users the ability to use their Google+ profiles on their YouTube channels.

Here’s a blueprint of the begging sequence, adapted from PCWorld’s rendition.

(For some reason, Google didn’t ask me to use my real name when I commented on an Eddie Izzard clip to test it all out):

According to people who find themselves on the receiving end of such a request, Google next offers to help users review their YouTube content before their full names are displayed and makes clear that they can switch back to usernames at any time.

After three weeks of this prodding, the verdict is in: YouTube comments are still a vile swamp.

Rather than replicate a string of comments that would demonstrate the persistently speaking-from-the-sphincter nature of a lot of YouTube commentary but which would also necessitate the overuse of asterisks to avoid profanity, I’ll point you to a representative list compiled by Gizmodo’s Leslie Horn.

The list shows that much of YouTube’s commentary content, regardless of whether it’s posted by people with real names or pseudonyms, remains, as Horn notes, racist, ignorant, creepy, underage, psychotic, incoherent, homophobic, and/or, to be euphemistic, sphincter-ish.

You﻿ seem like you have 3 brain cells; 2 of them are wrestling, and the other one's eating glue.

Of course, there’s been ongoing debate about online anonymity ever since Google+ banned pseudonyms for everybody except Lady Gaga and 50 Cent.

Are real names really about promoting online civility and accountability, or is it more likely, as suggested by Next Media Animation in its YouTube clip about the Google+ nym wars, that real names are just a lot easier to sell to advertisers?

I sympathize with anybody who wants to elevate discourse above the Greater Internet F**kwad Theory, an equation that goes like this:

But realistically, for many people, there are valid security reasons for not using real names.

A year ago, when Google first instituted its real-names policy for Google+, Kirrily “Skud” Robert collated a list of reasons why people prefer to use pseudonyms.

As of July 25, 2011, he had received over 100 reasons from people who had had their accounts suspended by Google for name-related reasons. The profitability of selling real names to marketers doesn’t even come close to outweighing the importance of anonymity to people like those in Skud’s list.

Let’s hope that Google learned a valuable lesson from the pushback it got over its real-name policy.

Let’s hope it doesn’t push past this current polite pleading with YouTube users.

Let us know in the comments below whether Google’s real-name plea has any sway on how you post online comments.