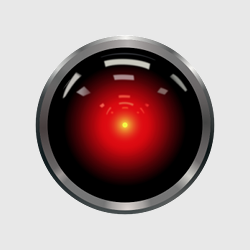 An alert Naked Security reader and Mountain Lion early adopter has pointed us at a quirky new twist in the licensing conditions in Apple’s latest OS update.

In those days, PCs were called microcomputers and Apples were still named after the company, not a raincoat. Computers you could talk to were just round the corner, along with your personal jetpack.

Fast forward 30 years, and Roger just dropped a biggish wedge of cash on a brand-new Macbook Pro, then maxed out the RAM and pimped up the storage with SSD.

With a computer of some vigour, Roger found himself drawn to the new dictation software in his Mountain Lion upgrade. Perhaps his new Mac would at last be powerful enough to make sense of his voice in real time, wither rout tamale king a complete docker’s diner offer hole fink?

When you use the keyboard dictation feature on your computer, the things you dictate will be recorded and sent to Apple to convert what you say into text.

Seems as though HAL 9000, the giant, sentient, centralised computer in the spaceship Discovery One in the movie 2001, A Space Odyssey (you can see where this is going, can’t you?), was actually a pretty good prediction of how computer speech recognition technology would pan out.

Your powerful, portable computer doesn’t do the work. That’s done in Apple’s giant server farms out in cloud-land.

Back to 2012, and what made Roger really sit up and take notice was the additional condition that:

Your computer will also send Apple other information, such as your first name and nickname; and the names, nicknames, and relationship with you (for example, 'my dad') of your address book contacts.

According to Apple, your contact data is “used to help the dictation feature understand you better and recognise what you say.”

You can see why this might be useful: names are notoriously difficult to recognise and spell correctly, since they frequently don’t come from the same linguistic and orthographic history as the language of which they’ve become part. The Australian mainland’s highest point, Mount Kosciuszko, is a lofty example.

But useful or not, it’s hard to see why letting dictation software at your contacts is necessary. Apple has been in trouble already in 2012 for allowing into its App Store software that hoovered up your contact details.

This time, Apple is making sure that you opt in up front, which is a good thing.

Opt in or not, however, I can’t help being disappointed – just like Roger – that there doesn’t seem to be a way to use Apple’s voice-to-text software without handing over your dictation data to the cloud, and without telling Apple who your friends are. Even if you try out the dictation feature and then turn it off later:

Apple will delete your User Data, as well as your recent voice input data. Older voice input data that has been disassociated from you may be retained for a period of time to generally improve Dictation and other Apple products and services. This voice input data may include audio files and transcripts of what you said.

I’m not entirely comforted by that. How long is “a period of time”? And, more significantly, how is a transcript of your dictation – in which you might very well mention all sorts of personal stuff, such as your own name, your employer, your mortgage lender, and much more, “disassociated from you”?

Roger still hasn’t decided whether he’s willing to accept these terms and conditions. I bet you he’s started taking his helmet to the airlock while he thinks about it, though.

48 comments on “Apple to Mountain Lion users: “Tell us who your friends are if you want to talk to us.””