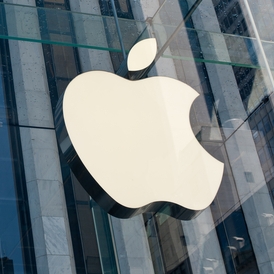 Mac malware has been making the headlines in the last year or two, as regular users have been hit by in-the-wild threats.

It’s somewhat gratifying to find that more and more Mac users have woken up to the risks and are installing anti-virus software on their computers.

Probably the biggest single incident was the Flashback botnet, which infected over 600,000 Macs earlier this year, exploiting a Java vulnerability that Apple had left unpatched. (Apple eventually patched the vulnerability, some months after Windows users first had a fix made available to them).

Back then, things were pretty bad on the Mac malware front. Our free anti-virus product found malware on 2.7% (one in 36) of Macs, as well as a plethora of (less dangerous) Windows-based malware.

At the time, 75% of the Mac malware we found on Mac computers was associated with the Flashback botnet (called Flshplyr by Sophos security products).

There’s little sign of it now, however, as the latest stats from SophosLabs show.

Instead, fake anti-virus software and malware posing as fake video codecs rule the roost, with thousands of infections reported back to us each week. Of course, that doesn’t mean that these are the only threats to be wary of – as some attacks have seen malicious hackers using new techniques.

For instance, we have seen backdoor Trojan horses hitting Mac users through boobytrapped Word documents, malware which can spy on its victims by capturing audio and video footage and multi-platform attacks which hit Mac, Windows and Linux users alike.

So, in summary, the Mac malware situation has been worse than it is now – but you shouldn’t be complacent.

Financially-motivated cybercriminals are targeting Macs, exploiting the fact that many users have poor security in place compared to their Windows cousins, or no protection at all.

Mac users – please get an anti-virus, for goodness sake. If you don’t want to pay for one, there is free anti-virus for Mac home users available for download. (Seriously, there’s no catch, no strings attached).

13 comments on “Mac malware – the threat is real”