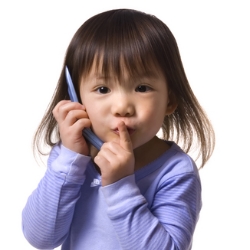 Fujitsu and the Nagoya University will begin field trials for phone scam detection technology sometime this month, the organisations announced on Friday.

The scam detection system, which was first announced in March, claims to be able to recognise a phone scammer by combining voice intonation analysis with keyword recognition.

Japan’s elderly population is frequently victimized by phone scams, with criminals often posing as acquaintances or authority figures such as police or lawyers.

When criminals pose as acquaintances, they often try to convince their targeted victims that they’re in trouble and need money transferred to an account to bail them out.

The system works by detecting the changes in the voice pitch and levels that are common in the intonations of stressed-out victims, by recognising typical words used by voice scammers – “indebtedness,” “compensation,” “debt,” or “repayment,” for example – and by alerting family members or others that something’s up.

When a possible scam occurs, the alarm messages will go out to family members, the police, the bank, and Fujitsu.

On receiving the message, family members will contact the participant and ask what happened, to determine whether the call was in fact a scam.

Meanwhile, the police will immediately visit the participant’s house to assess the situation.

Simultaneously; the bank will temporarily halt payment transactions from whatever account was designated by the participant for use in the trial. . The voice recognition part of the system might sound like eavesdropping, but Fujitsu promises that it’s not.

Rather, the software ignores everything except the number of times a caller uses typical scam words, based on a keyword list provided by Japan’s National Police Academy and on recordings of actual remittance-solicitation phone scams. The technology is designed to recognise a condition known as “overtrust.”

Overtrust occurs when victims are overwhelmed with distressing information and lose their powers of judgment.

Aa Fujitsu has described it, there are limits to human powers of perception and judgment. When overwhelmed with distressing information, some people, without knowing it, lose the capacity to objectively evaluate information provided by another party.

When overtrust occurs, victims tend to believe everything they’re told – a situation that makes them vulnerable to getting fleeced by scammers.

It’s not just the elderly who are susceptible, of course. The quick flash of a toy plastic police badge once caused me and a companion to hand over our wallets when we were touring Athens.

Fortunately, our scammers were overly greedy: they wanted more money than the pittance we had in our wallets and handed them back, asking to see our “hidden” money.

Our intonations and voice levels were likely steeped in stress.

Would you opt for a scam detection system? Would it feel intrusive?

I likely would, particularly were they to come up with a version I could wear around my neck when visiting foreign lands, where I emit the unmistakable aroma of clueless tourist.

Young girl on the phone image from Shutterstock.