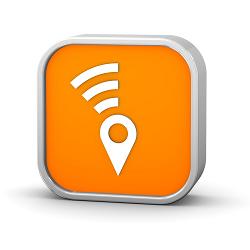 Geolocation and related technologies that keep track of you and your devices have loomed large and Big Brotherishly in recent Naked Security coverage.

We’ve written about TrapWire, a surveillance system that makes use of real-time facial profiling to search databases of red-flagged individuals.

We’ve reported on the social networking overexuberance of Michael Dell’s daughter Alexa, leading to her being suspended from Twitter for being too open with details of the family’s activities and whereabouts on social networks.

And – having advised Alexa Dell to turn geolocation off, on the grounds that regular and precise updates of your whereabouts are a form of personally identifiable information – Naked Security has looked more closely into the risks of geolocation, as exemplified by WeKnowYourHouse, a website which aims to show everyone where you live based on your tweets.

Is there a good side to geolocation and on-line tracking?

About a month ago, a down-on-his-luck burglar allegedly pinched goods to the value of $60,000 from the Silicon Valley house of Laurene Powell Jobs, widow of the late turtleneck afficionado and Apple co-founder, Steve.

The accused tea-leaf, a certain Mr McFarlin, apparently couldn’t resist using one of the iPads he’d nicked to access his own iTunes account.

McFarlin obviously failed to notice the late Mr Jobs’s driving licence in the wallet he trousered along with all the other loot – which was a costly oversight. Of all the call home signals received by Apple’s infrastructure, you’d want to bet that a beyond-the-grave WHOOP! WHOOP! STOLEN IPAD ALERT! report from a Jobsian device (and in this context, I mean Jobsian quite literally, not merely in a general economico-spiritual sense) would enjoy the same sort of special attention as “Friend Request from Elvis” and “Voicemail from Alexander Graham Bell.”

And so it turned out.

The iPad’s call home provided both identity and location for the most likely suspect, who was arrested and is now stuck in jail.

8 comments on “Steve Jobs calls home to Apple and catches an iPad thief!”