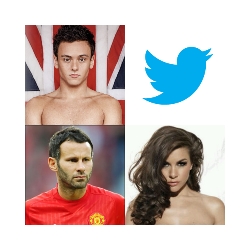 UK residents are among the world’s most prolific Twitter users, but academics and free speech advocates warn that the British government’s harsh response to tasteless or offensive tweets could have a chilling effect.

Speaking to the BBC, Dr. Bernie Hogan of The University of Oxford’s Internet Institute said the UK government was being “incredibly heavy-handed” in its response to abusive online speech, and was well out in front of other countries in taking legal action against such behavior.

Most recently, a 17-year-old boy from Weymouth, in Dorset, England, was arrested after sending a insensitive Twitter message to British diver Tom Daley on July 30. The message chided Daley for finishing fourth at the London Olympics, saying he had let down his father, who died in May 2011 from brain cancer.

The tweets prompted an immediate response, via Twitter, from Daley and other Team GB athletes and officials.

The youth was arrested by Dorset Police on “suspicion of malicious communications” on July 31 after receiving a tip from the public. The boy was given a “harassment warning” and had his computer and phone seized in the incident, the BBC reported.

At issue is a controversial provision of the UK’s Communications Act of 2003, which outlawed the use of electronic communications to send messages that are “grossly offensive or of an indecent, obscene or menacing character.”

Those found guilty of sending such messages can be imprisoned for up to six months and fined, under the Act.

That broad authority is increasingly being used by authorities to clamp down on a wide range of online speech that is deemed offensive to the public or inflammatory. That, despite what many consider a lack of clarity in the law.

Last month, a UK court overturned the verdict of a man who was convicted of violating the country’s Communications Act with a 2010 Twitter message that jokingly threatened to blow Nottingham’s Robin Hood airport “sky high” if his scheduled flight to Northern Ireland to visit his girlfriend was cancelled due to inclement weather.

Crap! Robin Hood airport is closed. You've got a week and a bit to get your shit together otherwise I'm blowing the airport sky high!!

The so-called “Twitter Joke” trial attracted attention within Great Britain and internationally. In a ruling on July 27th, The Lord Chief Justice at the Royal Courts of Justice, found that authorities went too far in using the Communications Act to arrest and prosecute 26-year-old Paul Chambers – noting that the definition of the word “menacing” is subjective, and that airport officials’ alarm upon reading the message didn’t make it menacing.

“The more one reflects on it, the clearer it becomes that this message did not represent a terrorist threat, or indeed any other form of threat. It was posted on “Twitter” for widespread reading, a conversation piece for the appellant’s followers, drawing attention to himself and his predicament,” Lord Chief Justice Owens wrote in the decision overturning Chambers’ conviction.

The London-based Index On Censorship called the ruling a “victory for free speech” in the wake of the ruling.

However, criminal complaints are only half of the matter.

In 2011, the UK courts attracted criticism for issuing so-called “super injunctions” on behalf of a number of celebrities which can be used to censor and suppress speech that is deemed to violate the privacy rights of the injunction holder.

Footballer Ryan Giggs reportedly obtained such an order from the British High Court demanding the Twitter identities of those users who had published information about his affair with UK reality TV star Imogen Thomas. The move prompted a public protest both inside and outside the UK, with tens of thousands of Twitter users outing Giggs and Thomas.

In a response, online civil rights group the Electronic Frontier Foundation warned that the courts were in danger of overbroad censorship that it called the “Streisand effect,” in honor of notorious diva Barbara Streisand. The injunctions could prevent the press and public from reporting important information, including court proceedings, the EFF said.

US laws, including the Communications Decency Act and, more important, the First Amendment to the US Constitution, protect the legality of such expressions. Legal experts agree that super injunctions and criminal cases such as those brought against the Weymouth youth would be difficult – if not impossible – to prosecute under US law.

Twitter, an American company, says it can’t police the content of the more than 100 million messages that traverse its global network each day. The company also says that tries not to remove tweets solely based on content, and supports the freedom of expression as a basic human right. The micro-blogging network was credited with helping to spread word about popular protests throughout the Middle East during the Arab Spring uprising.

Despite the controversies, the Company has increased its presence in the UK in the last year, opening a London office and signaling in public statements that it may be willing to bend to local authorities in some cases requesting censorship of tweets.