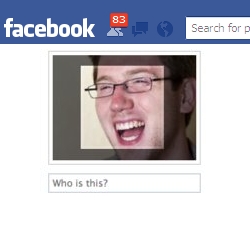 Computer users are being warned to be careful about opening unsolicited email attachments, after a malicious Trojan horse was spammed out posing as a Facebook notification that the recipient is featured in a newly uploaded photograph. Subject: Your friend added a new photo with you to the album

One of Your Friends added a new photo with you to the album.

You are receiving this email because you've been listed as a close friend.

[View photo with you in the attachment] Of course, the emails don’t really come from Facebook.

But there are surely many people who could be duped into believing that they have been tagged by one of their friends in a photograph, and want to see if they look overweight, unattractive or simply fabulous (delete as applicable).

Last month, experts at SophosLabs saw another malware campaign posing as a Facebook photo tag notification. On that occasion, the emails did not contain attachments but instead linked to compromised websites which aimed to attack visiting computers with the Blackhole exploit kit.