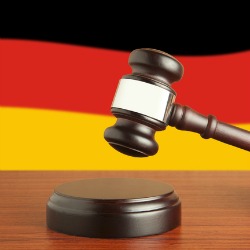 According to the Washington Post, the Federation of German Consumer Organisations has given Facebook one week to stop automatically giving user information to third-party applications without explicit consent.

Facebook may be facing legal action if it doesn’t comply by Tuesday 4 September, according to news reports.

Just two weeks ago, German data protection officials reopened an investigation into Facebook’s facial recognition technology, on the grounds that the social network was illegally compiling a massive database of members’ photos without consent.

(While you can’t stop people from posting pictures of you on Facebook, there is a way to at least stop Facebook from suggesting your name when your friends upload photos.)

App Center, rolled out in the spring, is Facebook’s answer to Apple’s App Store. The twist Facebook put on its app supermarket is to tell users what games their friends are playing and then direct them to shop for the same apps. Facebook is hoping the App Center will keep mobile users on the site long enough for it to squeeze some ad revenue out of them. Facebook’s first earnings report was anti-climactic, but the company’s keepers really emphasized the earning potential from mobile.

Beyond not asking users for explicit permission, at least one observer finds that Facebook’s App Center has privacy trickery built right into its bones.

In the old design Facebook used two buttons – "Allow" and "Don't Allow" – which automatically led you to make a decision. In the new App Center Facebook chose to use a single button. No confirmation, no decisions to make. One click and, boom, your [sic] done! Your information was passed on to the app developers and you never even notice it.

The designers at Facebook know that your eyes will automatically focus on the main action button and will ignore anything below this virtual action line. This is why, in the new App Center design, they hid the detailed permissions you're about to grant below the action line.

I have no site design expertise, but even I can see that Facebook has created a site meant to dazzle and perhaps even distract a user from whatever it’s doing (or not doing) privacy-wise.

Beyond getting Facebook to ask users for explicit permission to pass their info on to third parties, it would be nice if someone with strong privacy laws expertise could actually tell us whether Facebook is breaching other privacy laws or if the social network has simply used smart, subtle, and/or sneaky design.