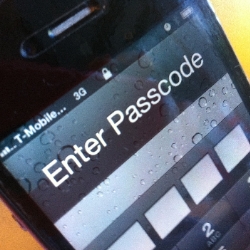 Hackers have published a collection of what they say is over a million Unique Device Identifiers (UDID), connected with Apple iPhones and iPads.

The data, claims the hackers, is just part of a larger database of 12,367,232 UDIDs, and personal information such as full names, cellphone numbers, addresses and zipcodes belonging to Apple customers. The data was allegedly stolen via a Java vulnerability from a laptop belonging to an FBI cybersecurity agent:

"During the second week of March 2012, a Dell Vostro notebook, used by Supervisor Special Agent Christopher K. Stangl from FBI Regional Cyber Action Team and New York FBI Office Evidence Response Team was breached using the AtomicReferenceArray vulnerability on Java, during the shell session some files were downloaded from his Desktop folder one of them with the name of ”NCFTA_iOS_devices_intel.csv” turned to be a list of 12,367,232 Apple iOS devices including Unique Device Identifiers (UDID), user names, name of device, type of device, Apple Push Notification Service tokens, zipcodes, cellphone numbers, addresses, etc. the personal details fields referring to people appears many times empty leaving the whole list incompleted on many parts. no other file on the same folder makes mention about this list or its purpose."

Quite why the FBI was collecting the UDIDs and personal information of millions of iPhone and iPad users is not yet clear – but it’s obvious that the data (and the computer it was apparently stored on) was not adequately secured. I suppose we should be pleased that the hackers have not, as yet, published the majority of the information they claim to have purloined from the FBI though the hack – including the personal information about members of the public.

As such, my suspicion is that the hackers were more interested in embarrassing the FBI’s team than endangering innocent users.

All the same, hacking into computers is a criminal act – and I would anticipate that the FBI and other law enforcement agencies will be keen to hunt down those responsible.

Mitt Romney, journalists wearing tutus, and a shoe on head

If it helps cut down the number of suspects at all, here’s a clue to help the FBI with their investigation.

Attached to the end of the hackers’ announcement is the following phrase in German:

This translates into English as:

"Romney, however, tell him he can kiss the asses!"

Clearly not a fan of the Republican party then..

And someone else that the hackers aren’t huge fans of is Gawker journalist Adrian Chen.

Chen has become something of a bête noire for the likes of 4Chan and Anonymous.

Whoever was responsible for the latest hack says that they will only agree to speak to the press if a photo of Chen, dressed as a ballerina with a shoe on his head, is published on the main page of Gawker.

The whole “shoe on the head” thing is a 4Chan meme – victims are told they have to take a photograph of themselves wearing a shoe on their head for the amusement of hackers.

Whatever tickles your fancy I suppose..