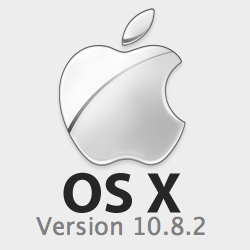 Together with the much-vaunted launch of the iPhone 5 last week came Apple’s public release of its latest mobile operating system upgrade, iOS 6.

Not quite as widely-hyped as iOS 6 was another system update that Apple released at the same time: OS X 10.8.2, the second major update to the Mountain Lion product.

With a couple of working days plus a weekend under its belt, OS X Mountain Lion 10.8.2 – and its sibling upgrades, Lion’s 10.7.5 and Snow Leopard’s Security Update 2012-004 – don’t seem to have caused early adopters any major problems.

In short, it looks like a case of “no known vices.”

And that raises the question, “Should I stay or should I go?”

These latest OS X upgrades include 27 separately-documented fixes (not all of them apply to all OS X versions); overall, 95 different CVEs are dispatched, with 12 of the vulnerabilities annotated with the dreaded words “may lead to arbitrary code execution”.

Here they are, coalesced into a single table:

* DoS stands for Denial of Service.

As often happens with simultaneous upgrades to three different core versions of OS X, there isn’t a one-size-fits-all download you can apply.

Apple also published an iPhoto update at the same time: if you’re on Mountain Lion, as I am, you’ll find you have to go to 10.8.2 before you can get the “performance and stability improvements” promised by upgrading iPhoto.

By the way, the new version of OS X Mountain Lion was a 366MByte download; iPhoto on its own clocked in at 373MBytes.

I suspect Apple is trying to tell me something there – I just haven’t worked out what it is yet.