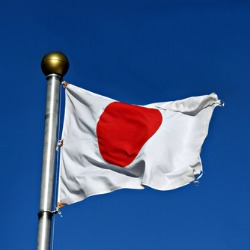 Japan has changed its copyright law, instituting stiff penalties for illegal downloads that could entail prosecution for simply viewing a pirated music video on YouTube.

As TorrentFreak pointed out, this draconian approach to piracy differs from other countries in that it focuses on punishing downloaders, rather than on the uploaders who made the material available in the first place.

Japan already has laws to punish uploaders with up to 10 years in prison and a 10 million yen ($128,300) fine, whereas this new legislation for the first time criminalizes downloading.

Up until now, downloading had merely been punishable as a civil infraction.

But after intense lobbying from the Japanese music industry, the country in June amended its Copyright Law to punish unauthorized downloaders.

How much money is at stake? Japan is cited as being second only to the US as the world’s biggest music market, and a site devoted to music marketing in Japan claims that the country is the largest market when you focus on digital music. According to TorrentFreak, the Recording Industry Association of Japan (RIAJ) claims that piracy is bleeding them of money.

The industry associations claim that the market for legal downloads shrank 16% last year, with unauthorized downloads eclipsing legal sources by 10 to 1.

The BBC reports that the figure is based on a 2010 study which suggested that people in Japan downloaded about 4.36 billion illegally pirated music and video files and only 440 million purchased ones that year.

They’re not stopping with criminalizing downloading, either.

Music rights groups including the RIAJ report that they’ve developed a way to automatically detect unauthorized uploads before they even reach the internet.

The only step left to completely block illegal uploads is to talk ISPs into integrating the systems into their networks.

The system works by monitoring uploaded content and comparing its digital fingerprint to an external database full of copyrighted material.

According to coverage from a Japanese entertainment media journal, when a match is made between uploaded content and copyrighted material in the database, warning letters might be sent to the alleged infringers.

The rightholders’ first choice, however, would be to block uploads automatically.

But as TorrentFreak noted, the ISPs could find themselves in hot water over this type of move, which was deemed to amount to spying by the European Court of Justice in a 2011 case involving a Belgian music rights group.

Downloaders aren’t taking it lying down.

In July, protesters wearing Guy Fawkes masks went out to pick up garbage in Tokyo’s busiest business districts, as a way to publicise the copyright law changes.

Back in 2009, the UK was on a similar track to disconnect internet users suspected of illegal downloads.

As Naked Security’s Graham Cluley noted then, it was ridiculous.

People who download illegally are going to keep downloading illegally. They’ll just use somebody else’s IP address to do it.