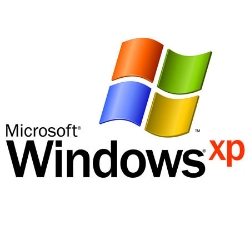 The rate of infection ticked up for Windows 7 in the first half of 2012, but Windows XP, Microsoft’s legacy operating system, is still far and away the biggest security headache for the software giant. That sounds like a small number – until you realize that Microsoft is monitoring the subset of Windows users who install the company’s anti-malware software or various malware removal tools, and who agree to submit their data to the firm for analysis.

And, with 1.25 billion Windows systems globally, even fractional percentages translate into big numbers.

In fact, the infection rate for Windows XP SP3 increased in the first half of 2012, despite the fact that the operating system has firmly entered its sunset years. Microsoft said two recent malware outbreaks, Win32/Dorkbot (part of the family responsible for this week’s Skype worm attack) and the Trojan Win32/Pluzoks accounted for most of that increase.

Many of the reported infections were clustered in South Korea, where use of Windows XP remains higher than in other countries.

Microsoft’s investment in security in both Vista and Windows 7 seems to be paying off; both operating systems boast infection rates far lower than XP, while features such as Microsoft Update and Windows Update are gaining traction.

Use of Windows Update and Microsoft Update – which offer automated patching for all Microsoft’s software through a common service – increased 58 percent between 2008 and the first half of 2012.

The company credited its investments in security and automatic update capabilities for the lower infection rates with newer operating systems.

12 comments on “Windows XP is still Microsoft’s biggest security headache, but infections are rising on Windows 7”