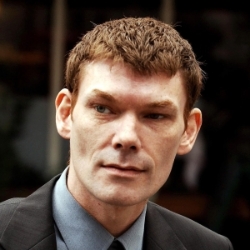 Update: Gary McKinnon’s extradition has been blocked by the UK government. Read more about this breaking news story here. British hacker Gary McKinnon will find out today whether or not he will be extradited and stand trial in the United States for what was described as “the biggest military computer hack of all time”.

UK Home Secretary Theresa May is due to announce whether 46-year-old McKinnon’s extradition will be blocked on medical grounds this afternoon, in a statement to MPs at the House of Commons this afternoon.

Media reports also suggest that she will also announce changes to the UK’s extradition agreements with the United States, making it more likely that UK citizens would face trial in their own country.

McKinnon has become something of a cause celebre with figures such as Sting, London Mayor Boris Johnson, former Beirut hostage Terry Waite, Pink Floyd’s David Gilmour, and Julie Christie amongst those supporting his ten year fight to avoid extradition.

And it’s not just celebrities who are supporting McKinnon in his fight against extradition. In 2009, a Sophos poll of 550 IT professionals found that 71% believed that McKinnon should not be extradited to the USA:

That’s an extraordinary level of support for a self-confessed hacker – especially when you consider it is a vote amongst the very people who in their day-to-day lives spend their time protecting computer systems from intruders.

Here’s a video of McKinnon’s mother Janis Sharp talking to the BBC:

Update: Gary McKinnon’s extradition has been blocked by the UK government. Read more about this breaking news story here.