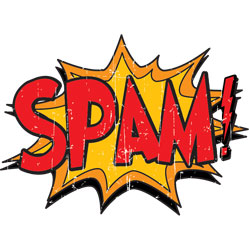 You can thank India for about one out of six spam messages cluttering your inbox.

SophosLabs’s most recent “dirty dozen” report, which details the world’s top spam-relaying countries, finds that India has topped the charts for the third quarter in a row.

That means that computers in India are passing along a whopping 16.1% of the spam spotted by Sophos experts.

The top 12 spam-relaying countries for July to September 2012:

Reportedly, India is home to 5.3% of the world’s internet users, making it the third most connected country, after China and the US.

At the same time, only 10.2% of the country’s population uses the internet, which equates to a dearth of security measures to protect the region’s computers.

Rather, the numbers suggest that many of the country’s ill-protected machines have been turned into spam-spitting zombies in botnets, as Sophos’s Graham Cluley pointed out when India shouldered the US aside to claim the top spam-relayer spot in April.

India’s growing role as spam relayer points to the country’s PCs not only being used to send spam, but likely being themselves targets of other online threats, he said:

The latest Dirty Dozen report suggests that a not insignificant number of PCs in India are harbouring malware infections that turn PCs into spam-spitting zombie slaves, controlled by the cybercriminals who make money by punting junk emails to promote questionable goods, or simply use malicious spam to infect more computers.  The authorities in India need to make IT security education a priority.  One would be safe to assume that, if computer users in the country are being targeted in order to relay spam, they are likely victims of other online threats such as fraud.

India has topped the list for a while, bumping the US off the No. 1 slot in SophosLabs’s April report, in which it accounted for 9.3% of the world’s relayed spam.

From there, India went on to solidify its lead in July by relaying 11.4% of the world’s junk email.

The UK has upped its spam output as well, rejoining the Dirty Dozen after an 18-month hiatus.

Taking it to the level of continents, meanwhile, finds that Asia still tops the charts.

To avoid having your PC recruited in the global junk email racket, take a peek at this list of best practices.

Also, you can help us all to stay on top of the spam plague by keeping anti-virus software up to date, and take care regarding what you click on and what software you install.

3 comments on “India spews more spam than ever before, report finds”